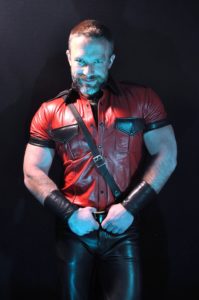 Dirk Caber is a composer, pianist, tubist, and singer working in music editing and research, and who also dabbles in acting, modeling, and voiceover work.

Having filmed his first scene for Titan’s ROUGH line in 2010, he’s since filmed well over a hundred scenes with over twenty studios worldwide.

He loves architecture, literature, languages, nearly anything mechanical, and of course music of all sorts.  Reared in Maine and educated in Boston and Baltimore,