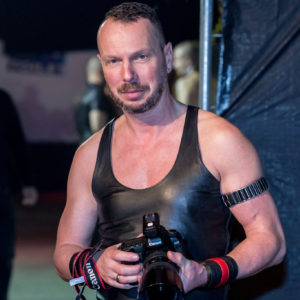 Taco D Smit – chairman of jury and president of MOREPIXX?

He studied at the Photo-Academy in Amsterdam. In 2018 he started teaching at this Academy.

After graduating he had exhibitions at Rob Amsterdam, Hilton Amsterdam, Zandvoorts Museum and the Photo Festival Naarden.

He also photographed the Black Body campaign, and he was the photographer of all the XXXLeather party posters in Amsterdam.  He has taken photo’s at the Mr. B stand during the Folsom Berlin fetish market and in Antwerp during Leatherpride at Darklands for several years in a row.