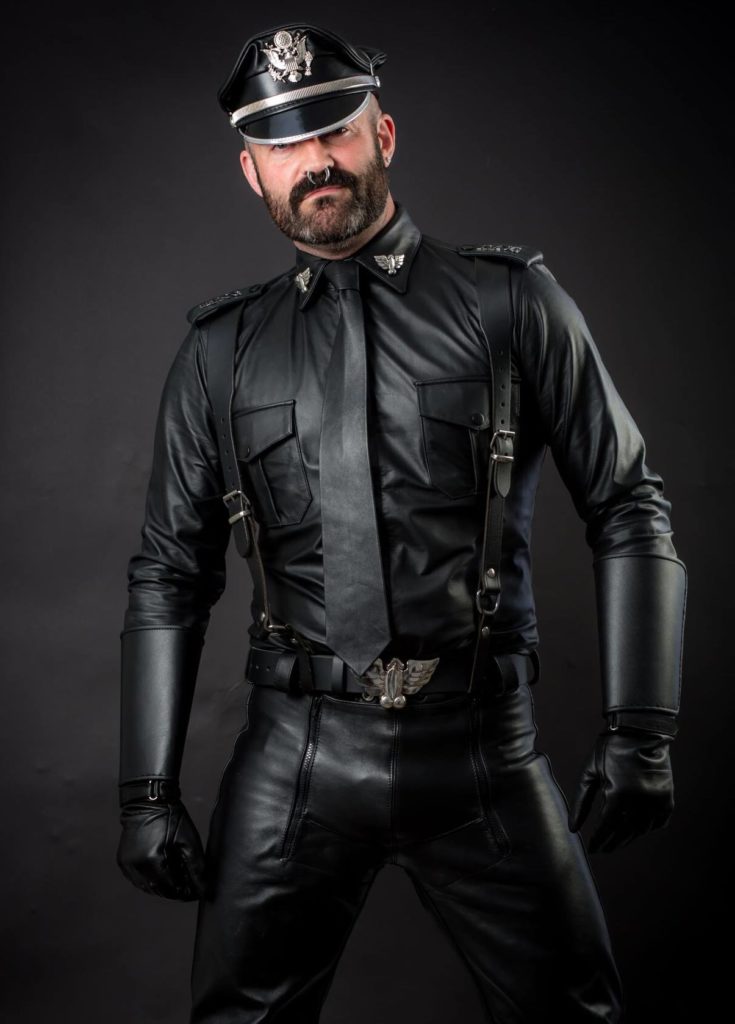 Based in the north of England near Manchester, Joe is the current Mr Leather Europe and the 2nd runner up at IML2017

Joe has led the European campaign against the persecution of gay men in Chechnya (#Chechnya100) through demonstrations outside Russian embassies and in cities throughout Europe and social media campaigning resulting in strong international political pressure and widespread condemnation of the barbaric activities of the Chechnyan government.   Joe is now leading the European drive to raise funds to help evacuate men in danger via the NGO Rainbow Railroads, with fundraising activities taking place over the coming year.

An openly HIV+ man, Joe believes deeply in being vocal about his status, helping to break down the stigma that poz people still face today through using his voice to share his story, keeping the discussion alive and by being a point of contact for those who may be struggling to come to terms with their own status.

Joe is also leading a working group he created to improve equality and tackle misogyny, transphobia and ablism in the European leather scene with the aim of creating better spaces for all flavours of our community through confronting and changing prehistoric mindsets, by working with event organisers to improve provisions for everyone where possible and encouraging our community to be mindful and inclusive.